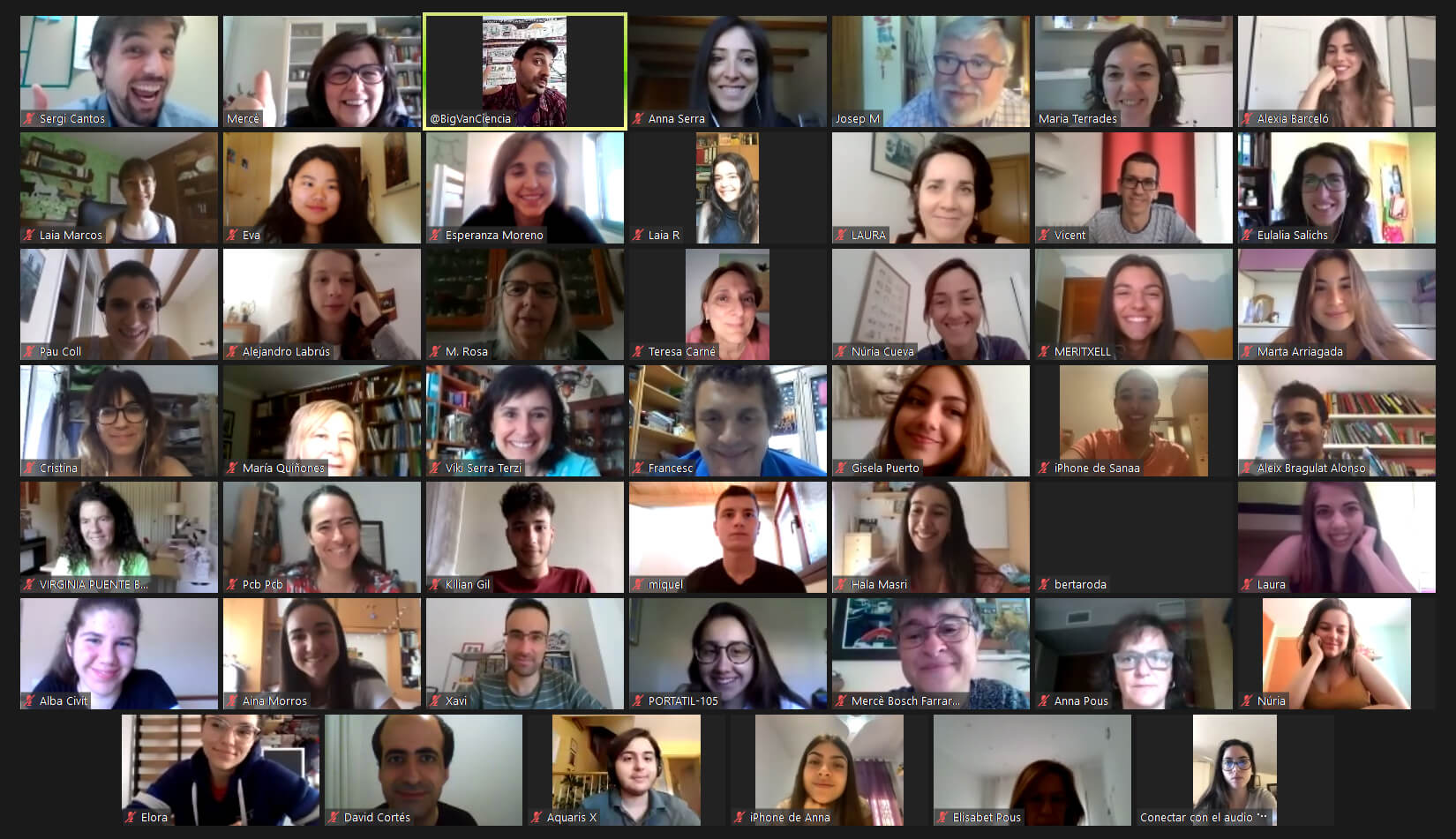 Against the backdrop of the major challenges posed by the COVID-19 pandemic, which has underscored the crucial role science and technology play in our society, the Barcelona Science Park is stepping up its commitment to persuading young people to choose scientific careers by holding a new edition of Batx2Lab, a pioneering programme which has inspired the STEM talent of more than 700 young people.

The Barcelona Science Park has kicked off the 17th edition of Batx2Lab, the research project tutoring programme for upper secondary school students. This initiative is a trailblazer in Spain and seeks to encourage young people to pursue a career in science through direct engagement with researchers from public centres and companies based in the Park who tutor the practical part of the students’ projects in the PCB’s laboratories.

Against the backdrop of the major challenges posed by the COVID-19 pandemic, which has underscored the crucial role science and technology play in our society, the Barcelona Science Park is stepping up its commitment to persuading young people to choose STEM careers by holding a new edition of the programme featuring fresh options that add value and bring science to life.

“One of the Barcelona Science Park’s founding objectives is promoting STEM careers, especially in the life sciences,” says Maria Terrades, CEO of the Barcelona Science Park. “Now more than ever we are looking to trigger interest in research among future generations by dismantling stereotypes and also helping to lessen the gender gap. In doing this it is crucial to have role models; to live and experience research through the participants’ time spent with real investigators, both female and male, in centres of excellence.”

Batx2Lab offers students in the first year of upper secondary school, the chance to do the practical part of their research project in the PCB laboratories, where they are tutored by research staff from centres and companies in the health sector. The areas covered include biomedicine, regenerative medicine, biotechnology, toxicology, neurodegenerative and metabolic diseases and genetic engineering.

Thirty-nine projects have already been chosen for the 2020-2021 academic year. They will be carried out by 40 students (29 girls /11 boys) individually or in groups assisted by 19 researchers, both female and male, at PCB facilities, specifically the Institute of Bioengineering of Catalonia (IBEC), the Institute for Research in Biomedicine (IRB Barcelona), the Institute for Molecular Biology of Barcelona (IBMB-CSIC), the Science and Technology Centres of the University of Barcelona (CCiTUB), DTI Foundation and the companies Whole Genix and Xenopat.

A pioneering programme in Spain

Batx2Lab was set up in 2003 to encourage young people to pursue a career in science. The event has been held 17 times over these sixteen years and more than 2,000 applications have been received from students attending state, private and state-assisted schools throughout Catalonia, mostly in the Barcelona metropolitan area but also in Tarragona, Lleida and Girona provinces. The PCB reserves places for students from socio-economically disadvantaged schools in order to enhance equal opportunities.

Guillem Peñuelas i Haro, a researcher at the Carbometrics company based in the Unit DX science incubator in Bristol in the UK where he develops new technologies for monitoring glucose in human fluids, recalls his time on the programme: “Seeing myself there, surrounded by professionals at a leading research centre, inspired me to embark on my scientific studies and do my bit for science. When you’re 17, you don’t know anything about working in a laboratory. Spending a few weeks in the Park exploring the options that science offers equips you to take the next steps in your scientific career with greater confidence and assurance. In fact, my research project received an award from the Catalan Society of Chemistry in the 2008 Upper Secondary School Awards,” Guillem explains.

Batx2Lab is part of Research in Society, the Barcelona Science Park’s initiative to foster dialogue between the public and research staff and encourage young people to pursue a career in science. It is backed by the Spanish Foundation for Science and Technology (Fundación Española para la Ciencia y la Tecnología, FECYT) of the Spanish Ministry of Science and Innovation, and by Barcelona City Council. The programme runs more than 100 activities per year, and in 2019 alone 6,400 people attended them. In 2016, it was awarded the Educational Quality Seal by the Barcelona Pedagogical Coordination Council (Consejo de Coordinación Pedagógica, CCP), and in 2018, the Barcelona City Council Educational Innovation Award, which recognises teaching innovation initiatives carried out in the city to promote training opportunities and social inclusion.

This year, the ceremony was held via streaming in view of the exceptional situation brought about by COVID-19 and over fifty students and tutors tuned in. The event’s attendees also enjoyed a scientific monologue by Oriol Marimon from Big Van: Scientists on Wheels to publicise research in a fun and entertaining way.

Each of the awards consists of a guided tour for two people around iconic research buildings in Barcelona and an escape room. The winning projects are also displayed to the public at a booth at the Live Research Fair (Feria Investigación en Directo), which is held every year at Cosmocaixa Barcelona featuring eleven research groups from leading institutions throughout Catalonia and welcomes over 1,500 visitors.

Partnership between PCB and Promega to promote STEM careers

The forthcoming editions of Batx2Lab (2020-2021 and 2021-2022) will be financially supported by Promega Biotech Ibérica (Promega Corporation) as part of its Social Responsibility programme.

“At Promega we have always wanted to pass on our knowledge to young people and encourage them to pursue a career in health sciences,” says Gijs J. Jochems, CEO at Promega Biotech Ibérica. “Many of our programmes are aimed at supporting young male and female scientists. When the Park approached us to suggest a possible partnership with its BATX2LAB programme, we immediately realised that it would be good symbiosis between the two organisations because we share the same values and the same enthusiasm for science.”