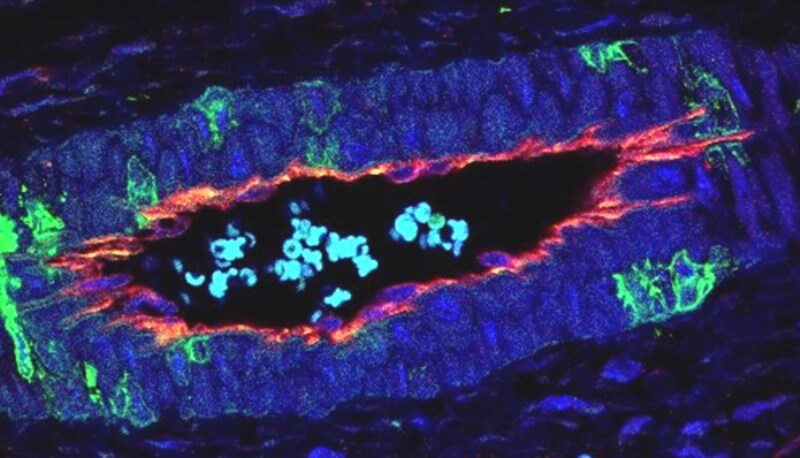 The team led by Ángel R. Nebreda, head of the Signalling and Cell Cycle Laboratory at IRB Barcelona has demonstrated that inhibition of the p38 protein boosts the formation of blood vessels in human and mice colon cancers. Known as angiogenesis, this process is critical in fuelling cancer cells, allowing them to grow and to eventually develop metastases.

The activity of p38 in cancer cells had already been described. However, until now, little was known about the role of this protein in MSCs and even less about its involvement in angiogenesis. The objective of this study was to examine the role of p38 in new blood vessel formation during tumorigenesis, in particular considering the contribution of MSCs.

The team led by Nebreda has shown that the activity of p38 is important in mesenchymal stem cells (MSCs), which show high plasticity and can localize around blood vessels. These cells participate in various processes, such as tumour development, and this study unveils their relevance in the regulation of angiogenesis.

The conclusions of this study shed light on the mechanisms that regulate blood vessel formation and may have implications for the optimisation of chemotherapy-based cancer treatments, as well as for the treatment of diseases involving compromised angiogenesis.